In a big win for Australian consumers, the federal government has released a long-awaited rooftop solar sector review, with new rules to stamp out dodgy operators. Solaray has been pushing for these types of regulations for years and we fully support these new recommendations.

Whilst these changes will be welcomed by consumers and those reputable players in the industry who have always been operating at (and above) these standards, it still won’t be enough to fully protect households from cheap solar.

The government has accepted the proposal that the Clean Energy Regulator will now have the power to regulate both installers and the list of approved solar panels.

This is a great step forward to ensuring that:

This may sound pretty basic, but you’d be surprised at the number of installers who don’t guarantee their systems actually work. We get many phone calls from people who are trying to get their system properly connected and working after a dodgy installation.

So why isn’t this enough?

Besides dodgy operators not installing systems properly, the biggest problem with cheap solar is that the products aren’t reliable. Maybe you get lucky and your cheap system works for years without any issues, but statistically cheap solar panels fail significantly more than good quality ones. So what happens is that after a while, the service requests for installers selling these cheap systems start to add up, and what we see happening, time and time again, is that solar installers are no longer able to honour or service the warranties that come with the system.

The only option they have is to close their doors.

This sounds good in theory, however many of these companies open the next day with the same staff operating under a different trading name.

It’s as dodgy as it gets, and unfortunately, this practice is common with larger solar companies selling cheap systems, and many of them are very well known due to their use of Australian cricketers in their advertising, making them look trustworthy and local.

So although individual installers will now be at risk of consequences if they don’t do the right thing, many solar companies will still be able to sell 6.6kW systems for under $4,000, and more common now are 10kW packages for under $5000.

It’s well understood that products can be made to different standards. From cars to fridges, indeed most household appliances.

Take a TV, for example. The general idea is that the more you pay for a TV, the higher the quality, performance and longevity.

Because of this, you’d never assume that two TVs with different prices are the same just because they are the same size. There is a clear understanding that there are significant differences between the various price points, even if the screen is the same size.

Many people will take the risk and buy a cheap TV.

However, with solar, it can cost a fortune to fix when something goes wrong. Furthermore, most solar companies won’t want to touch your system because in many cases, the warranties are actually transferred to the new company that has done the repair work.

This is why at Solaray we only offer a small range of reputable brands (LG, Tesla, Enphase, SolarEdge, Trina, etc.) so that we know we can confidently stand behind these products when we install them on your roof and that the warranties will stand up to the test of time.

Solar costs a lot of money to fix Installers will also be required to issue a statement to customers that a solar system will perform to the quote provided to the consumer (bar extenuating circumstances outside the retailer’s control), and – that the system is complete, connected and generating.

Many people are tricked into thinking this isn’t an issue because they are told that solar panels come with a 25-year warranty. What often isn’t explained though, is that when something goes wrong, your calls will go unanswered. Why? The company is long gone, and your warranty along with them.

You could try calling the manufacturer in China, but we haven’t heard too many success stories with that approach.

More often than not, a broken system leaves you with two options, either spend thousands of dollars getting it fixed, or rip it off and buy a new one.

Both options are terrible, and so what we are seeing more of is broken solar systems left on the roof as a constant reminder of the bad decisions people make when they choose a cheap system.

The numbers for quality solar add up

Solar power is so effective at reducing your power bill that it makes sense to buy a quality solar system.

Many customers choose to go a step or two below top-of-the-range to install a system for under $10,000, in which case the ROI will be even better.

Top-quality systems are made to last for 25-years and are backed by rock solid warranties from the biggest solar companies in the world, such as LG Solar, Enphase and SolarEdge.

Here is a graphic LG Solar put together that shows just how much better off you can be when you choose quality: 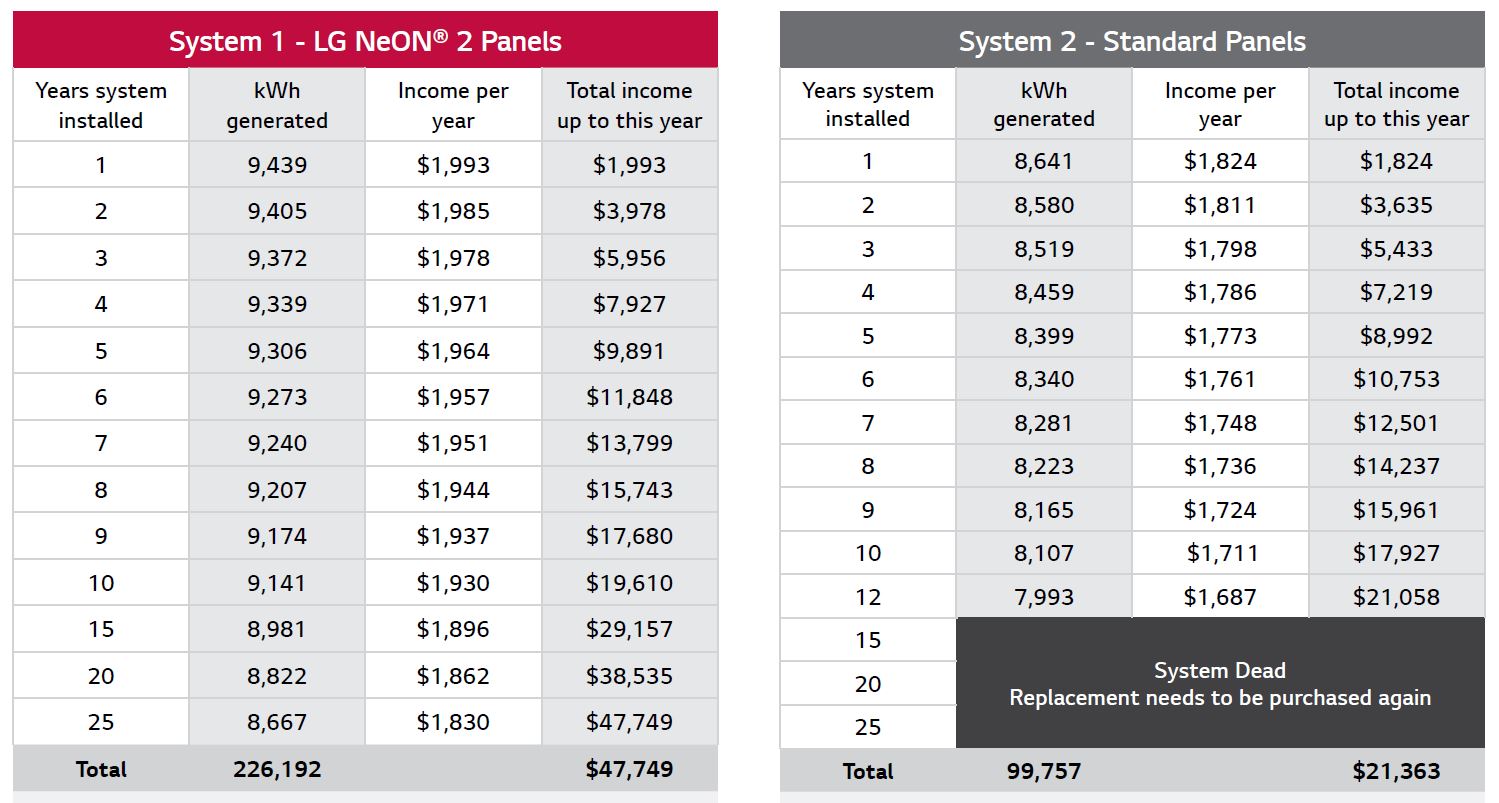 To be clear, this isn’t a worst-case scenario for a cheap solar system, it is very common, and what’s worse is that a cheap inverter will almost never last this long. So expect a $2000-$3000 replacement well before the panels break.

In summary, these new regulations from the CER will help clean up some of the dodgy operators, and that’s a good thing.

This, however, will not stop cheap solar systems from being offered, nor will it protect people from getting screwed over from installers changing their names and leaving their customers high and dry.

There are over 700 installers in Australia that have gone under since 2011, and the list will continue to grow.

This is why we have always put a lot of effort into educating the public to help them avoid the mountains of misinformation out there and to assist them to make informed decisions about solar so that their investment is worthwhile for the long haul and not wasted as soon as a few short years later.

Whilst these new regulations will help flush out many of the dodgy installers in the Australian market, it is still a case of buyer beware until these recommendations are fully implemented. But it is still a huge win for consumers and the Australian solar industry will be better for it.

If you’d like more information on just how much money a good quality solar system can save you (and cost), request a callback below: